I stood outside the bar. It was the perfect date spot – close to my apartment. Real close. A four-minute walk.

My date arrived. She was a five-foot, tanned costeña with blonde highlights and she didn’t like my choice of date spot. I should have taken that as the first sign that she would be difficult. But I didn’t. If there’s a chance of getting laid my primal brain lights up and my logical brain shuts down.

The costeña wanted to go to another bar. I didn’t ask what was wrong with my bar choice. She started walking and swinging her hips. I followed.

We passed one bar that was 7 minutes walk from my apartment. She didn’t like that done. As we trudged along she kept insisting that it was only 10 minutes away.

For those of you that don’ know Bogota, the sidewalks suck and it rains a lot. I was praying that the heavens wouldn’t open and destroy my date.

Like 36 minutes of walking later, we arrived at Bogota Beer Company. I liked the place. The low lighting made the best of my looks. The appetizers absorbed the alcohol in my stomach. And the heated tables warmed my legs.

I missed that one as well.

One whole margherita pizza for me and two beers for her later, I paid the bill. As we walked out of the bar, a yellow cab slowed to a crawl near the curb. I waved it to a stop and jumped in with my girl.

I gave the driver my address.

“Vamos a mi casa para descansarnos un poquito.” / Going to my house for a little rest.

She hesitated. One second. Two seconds. “Está bien” she muttered.

She knew what was going to happen. All girls do – they’re not stupid. She made the decision to sleep with me in the back seat of the cab a mile from my apartment.

It was a done deal from there.

I hadn’t been able to touch her in the bar. The round-table with a heater in the middle stopped me getting close. But sitting side-by-side in the back of the cab I had the chance to start escalating. I slipped my hands inside her leather jacket. Her body warmed me up better than the heater at the bar.

We got my place. I went on autopilot:

Straight through the front door.

Say “Hola” to the security guard.

Get in the elevator and straight up to the room.

The only place to sit in my room is on the bed. She slipped off the leather jacket to expose her tanned shoulders. I looked at her sitting on the bed and admired her caramel complexion.

I remember asking a friend of mine what girls from the Caribbean Coast of Colombia look like. He said: “They’re not black. They’re not white. They’re kinda brown.”

That described the girl sitting on my bed.

I sat on the bed next to her and looked into those brown eyes that stood out against the blonde highlights. I rocked her onto her back and started kissing and fondling. Then I took off my shirt and then hers.

I reached around to unhook the bra while trying to kick my shoes off behind me. One shoe refused to come off. “Damn it! Why didn’t I wear slip-ons?” – as I tried to reach back to my ankle while kissing her at the same time, trying to make it look smooth.

I got the stubborn shoe off and kicked it across the room. I maneuvered on top of her and she reached under me trying to undo my belt and unzip my jeans. God, I love it when girls take the initiative during sex. It shows she wants my dick I hate it when a girl sits back and doesn’t give you hand.

She unbuckled my belt and opened my jeans. Underneath them, she found no boxers or briefs. Like the lack of furniture in my room, this is on purpose: makes it easier to whip the dick out.

I took a step off the bed to pull my jeans off my ankles. On the way back to the bed I slid her underwear down past her ankles.

I reached into the drawer of my bedside table and grabbed the condom. The wrapper was already open – preparation is key. I slipped it on and dove back between her legs. 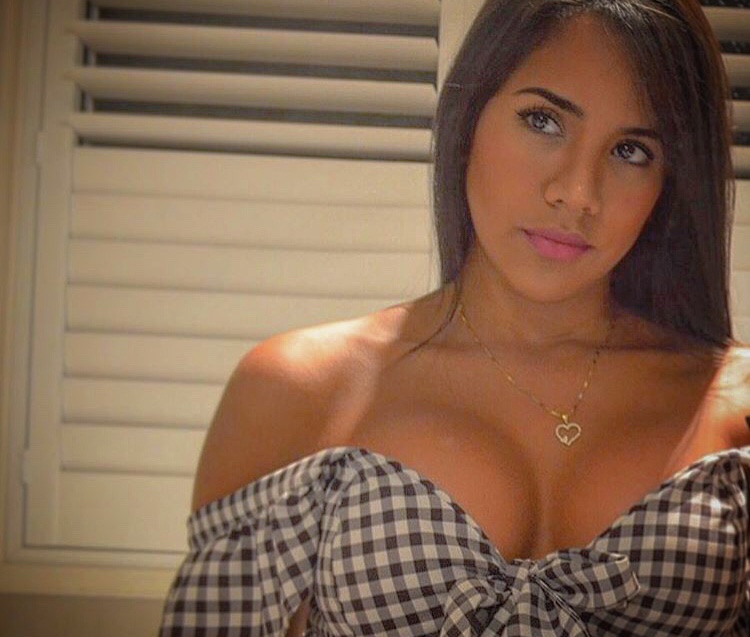 She was not this hot, fellas.

After we finished, she got dressed and sat on the edge of the bed. She said she had to go. She had tears in her eyes and was saying something about some other guy.

Seriously, she was muttering and sobbing at the same damn time. I rolled my eyes.

She apologized for being emotional.

Maybe it was her time of the month. Maybe she cheated on her husband. Or maybe she was just a weird girl who wanted to walk thirty six minutes to her favorite bar.

Predicting how things go when talking about sex in Colombia is a futile game.

I called her an Uber and she left.

Over the next few weeks, she confirmed her psycho status. She started playing text games. I tried to get her to meet up for another round but I gave up after too many Whatsapp games.

I had already tasted the free sample and decided I didn’t want any more.

P.S: I met her on this site. Luckily, most of the women I’ve met here are more than normal