How To Get Laid In Cartagena, Colombia – City Guide

If you’re wondering how to get laid in Cartagena, Colombia without paying for it – you’ve come to the proper place.

Cartagena combines the best and worse of Colombia into one action-packed beachside city.

You’ve got the exotic Colombian women, the Caribbean beaches, and the Spanish colonial history around every turn.

There’s a lot to love in this coastal city, but also a few downsides. Hookers run amuck here. The hustlers never leave you alone. It’s not that cheap and some locals simply don’t like tourists – foreign or Colombian.

Still, there’s so much to love about Cartagena. And one thing stands out in this beachside city…

It’s one of the few cities in the world that combines both sun and history in equal measures.

No other city in the world offers as much history right next to stunning beaches. When you add in the Cartagena girls. Those exotic women. Well, some people never leave.

But hey, you care more about Cartagena women than Colonial conquests, right? I figured because I’m the exact same way. 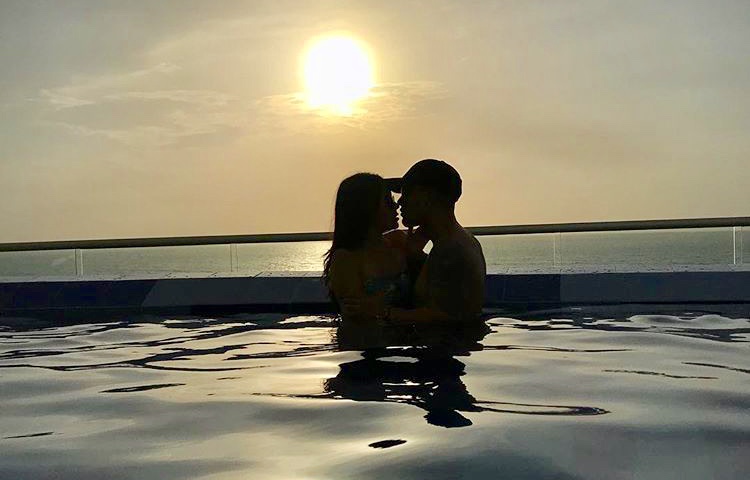 It gets super annoying to be pestered everytime you walk around during the day or lie down to get a tan. But take solace in the fact that these people want you to be safe – safe and opening your wallet to buy stuff from them. You can’t buy souvenirs when you’re in the hospital. You will only come to physical harm if you get into an argument with a daytime hustler or a prostitute. Don’t let it get that far – avoid getting into any kind of business relationship with these people.

Cartagena has the most black girls in all of Colombia. Even more than Cali, Colombia. The city was a slave port back in the day. It’s rare to find a true white girl in Cartagena unless she’s on holiday with her family.

Of course, you’ll find plenty of white girls among the tourists. But they’ll be fat, frumpy and sunburned basic chicks wandering around the old city.

Beyond skin tone – Cartagena is a city for guys who love big asses and thick hips. The boobs are not as bulging (or as augmented as) Cali or Medellin but if you like “junk in the trunk” it’s one of the best cities in Colombia.

But honestly, the average in Cartagena is not as high as in other cities in Colombia. You’ll see fewer “7-8s” in Cartagena. There are lots of hot women, just not in the number you’ll see in them in Medellin or Cali.

However, I saw more true stunners in Cartagena – aka “9s” – than anywhere in the world. Something about that Caribbean air turns a few women into true beauties. 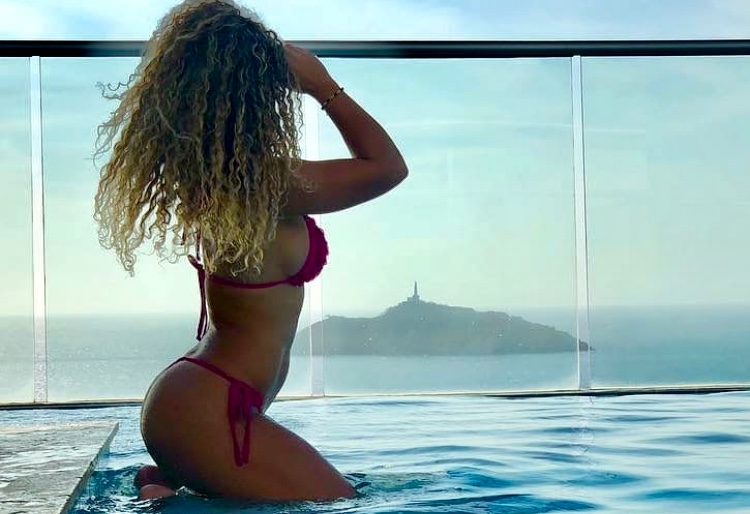 Where To Stay in Cartagena

Cartagena isn’t a big city, especially if you’re a tourist looking to enjoy the best the Caribbean locale has to offer.

As such, there are only a few places to stay. Overall, Bocagrande is best for stays of a few days to a few months.

While renting apartments tends to be popular these days, we’ve found a decent hotel in Bocagrande is far better than apartments in Cartagena. You get more services and less hassle – which is huge in this part of the world.

Sex In Cartagena: Is It Difficult?

If you can’t meet a girl who will sleep with you for free, you can surely meet one who will for a few dollars.

The presence of hookers all over Cartagena means that local girls feel the pressure to put out quickly, too. There are little games on the coast of Colombia.

If a girl likes you, she’ll be looking to ensure you don’t have much energy for anything else.

But finding a girl who doesn’t want money can be. For local girls, it’s best to get away from the tourist spots or use the best online dating site in Cartagena.

For tourist chicks, meeting them at the beaches, around the old city, or partying at night isn’t too tough.

How To Get Laid In Cartagena

Now, it’s time to talk about specifics. Exactly how to get laid in Cartagena, Colombia with hot girls who don’t want your money.

Here’s how to do just that:

Tinder is popular in Cartagena, but infested with prostitutes. It’s hard to find good looking Cartagena girls on Tinder who aren’t selling something.

There are lots of girls on Tinder but you’ll need the patience of Job to wade through all the prostitutes to find a girl who has a regular job.

That’s why I recommend you sign up for Colombian Cupid.

Prostitutes don’t go on these sites nearly as much because they know they’ll get reported and they’ll get booted off the site.

Invest in a Colombian Cupid account over Tinder – your sanity demands it. And it’s absolutely the best way to meet women in Cartagena.

Good option. You’ll find plenty of girls walking around El Centro during the day. Cartagena girls tend to be friendly and approachable.

The malls tend to have many approach opportunities, especially if you get away from the tourist areas.

And of course, the beaches are an ideal spot to hit on any girl(s) who isn’t with a guy. It’s likely they’ll be on vacation and looking to have fun.

Tip: once you get the girl out on a date, keep it simple. These are coastal girls who like to lounge around the beach all day, drink, and have a good time. Don’t expect much of a response if you talk politics of philosophy.

In equal, measures the best and most frustrating way of meeting women and pursuing sex in Cartagena. The choice of nightspots in Getsemani and the Caribbean attitude to partying means you’ll have a great time drinking and dancing the night away in Cartagena.

But be careful of the “hidden pros.” I call them hidden because these girls look like regular girls in the club.

This is how it goes:

You think you’re doing well, she likes you, you might even get her to come back to your place.

You get in her in bed, you’re kissing, you’re escalating, it’s all going well. Then, when you’re both naked and she’s got your dick in her hand, she says those two words:

What’s the best way to avoid this?

When I start talking to a girl in a nightclub in Cartagena, one of my first questions is “En que trabajas?” or this one, “A que te dedicas?”

Both of these questions translate to “What do you do for work?”

If she says she has a normal job, you’re on the way – but you’re not in the clear yet.

If your Spanish is up to it when she asks you how you like Cartagena, mention that you’re getting annoyed by all the working girls in the city. Clarify that you have nothing against them, everybody needs to make a living, but you’re not interested in paying for sex.

If she is thinking of charging you at some point, this will put her off the scent.

This is another downside to Cartagena. The Spanish accent from this part of the country is largely incomprehensible to non-native speakers.

If you have knowledge of Spanish accents, you’ll know that Carribean Spanish is fast, misses sounds and uses lots of slang. Whereas inland Spanish, in cities like Bogota and Medellin, is clear and easy to understand.

If you already know Spanish and don’t care about learning anymore, it’s no big deal.

For beginners, check out this Spanish language learning resource.

It’s the easiest way to go from “hola” to full blown conversations in record time.

If you’re looking to flirt with Cartagena girls in some suave Spanish, then you won’t find a better course online than…

How To Get Laid In Cartagena: Your Detailed City Guide

If you’re looking at the city on the pages of a travel guide or from your cruise ship docked on the Caribbean coast, Cartagena de Los Indios looks like the ideal city. A cheaper version of Miami. Beaches, great weather, bumping nightlife, tourist activities galore. It has it all.

But the city is not without its downsides. Having a dollar sign hovering over your head everywhere you go gets old.

Maybe the Colombians have the right idea – Cartagena is a city to visit for a vacation, but get out before you lost your patience with the locals.

Still, you need to know how to get laid in Cartagena, Colombia – no matter how long you’re around. So…

– Click here for the easiest way to meet women in Cartagena!